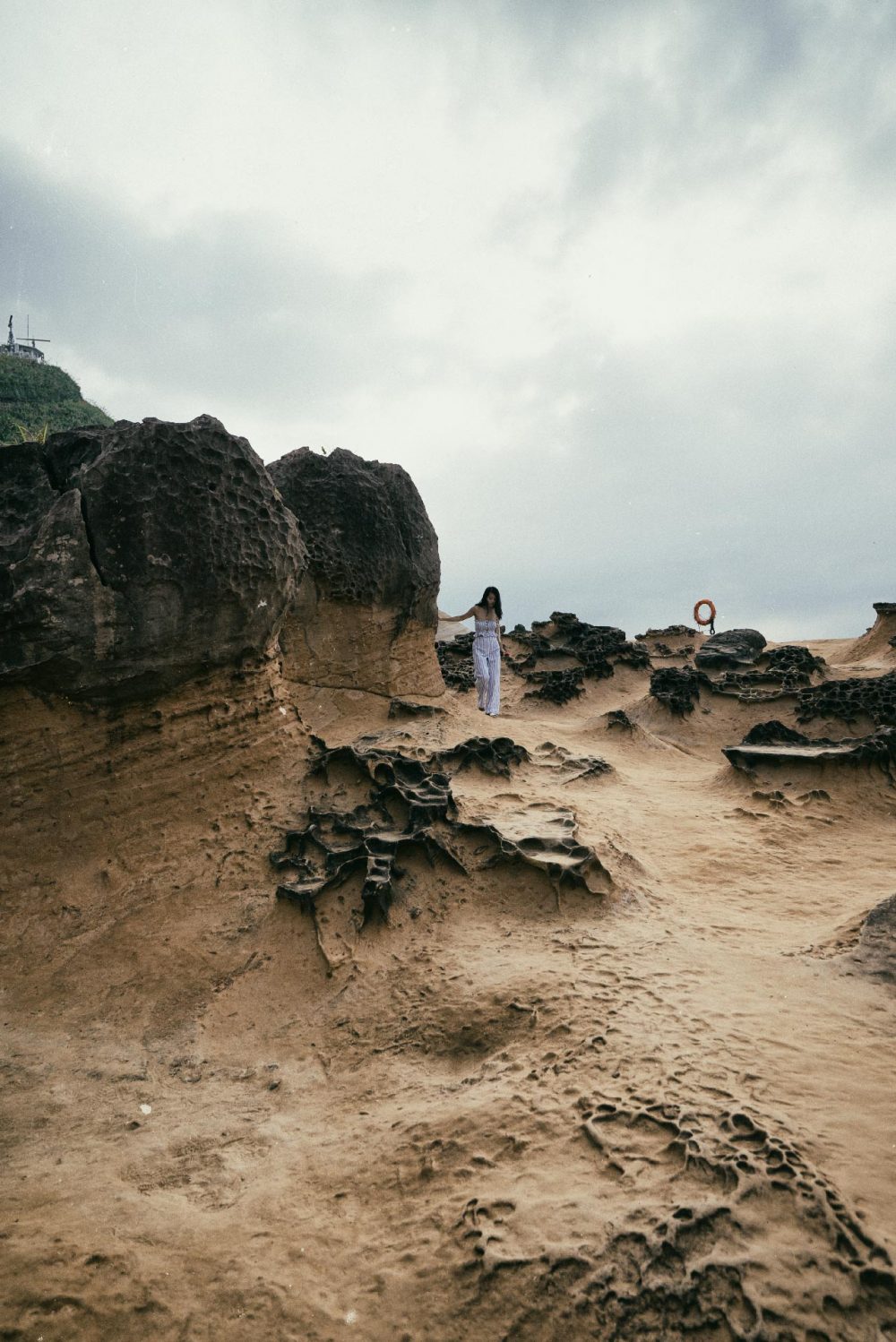 Happy Travel Thursday! I thought I’d share some of my adventures in Taiwan, starting with this day trip to Yehliu Geopark.

The rocks were carved by wave-cutting and weathering over many years which formed these into incredible  shapes resembling figures. Many formations have been given names representing their shapes, such as the “Mushroom Rocks”, “Sea Candles”, and “Fairy Shoe”. The most iconic rock is the “Queen’s Head” a rock that resembles the head Egyptian Queen. People were queuing for this, but we didn’t even bother…

These rock formations are incredible, but I was grossed out by how similar some of the rock surfaces look of warts! With so much to see, we didn’t make it on time to watch the Dolphin and Sea Show!

To get away from the crowds, we really enjoyed a walk along a trail beyond the Geopark. The trail seemed eternal! Thankfully, the weather was beautiful: clear skies and a light breeze, beautiful flowers and an incredible landscape overlooking the ocean.

Not knowing where the trail would lead to, we continued to walk and reached a pitched roof of a pavilion on top which signalled the end of our walk, a viewing deck overlooking the islets. We sat there taking in the outstanding 360 degree view of the North Coast and the otherworldly view of the Geo Park.

Would you visit this kind of place? Let me know in the comments 🙂

A word of advice. Come on weekdays if you want photos without tourists as the background!